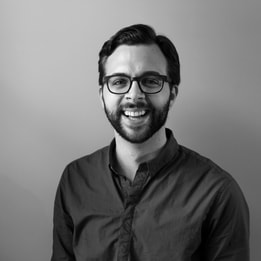 Nicolas Turnberrez is a Cleveland-based performer and composer.  Originally from Wisconsin, he earned a Bachelor of Music degree in Music Composition from the University of Wisconsin-Oshkosh where he studied composition with Dr. Ed Martin and Dr. David Dies, as well as horn with Dr. Bruce Atwell.  He spent two years in Chicago completing his Master's in Music Composition at the Chicago College of Performing Arts where he studied under Dr. Kyong Mee Choi, Dr. Stacy Garrop, and Dr. Teddy Niedermaier.  In addition to being a sought-after composer and arranger, he has enjoyed performing with a variety of local vocal ensembles including the Cleveland Orchestra Chorus and the Cleveland Chamber Choir.  Nicolas serves as the PR Coordinator on the Cleveland Chamber Choir Board.  During the day, he can be found in the Supply Chain department at Avient Corporation.  While not performing, he enjoys having a coffee and relaxing with his wife, three mischievous kittens, and his rambunctious puppy!"
​
Copyright © 2019
email clevelandchamberchoir@gmail.com