​Courtney Becker-Howell is an administrator with the Cleveland Clinic and serves as the administrative lead for both the Genetics and Wellness and Preventive Medicine programs.  Courtney earned a Bachelor of Music degree in Music Therapy from the Baldwin-Wallace University Conservatory of Music in 2006 with a concentration in voice, and specialized in working with adults with memory disorders and end-of-life care.  After obtaining a Master of Health Services Administration degree from Xavier University, Courtney relocated to Baltimore and worked at the VA Maryland Health Care System for eight years before returning to Northeast Ohio.  Courtney has remained active in vocal music since earning her bachelor’s degree, singing as a choir member and soloist with the May Festival Chorus of Cincinnati, the Baltimore Choral Arts Society, the choirs at Epiphany Episcopal Church and St. David’s Episcopal Church, as well as the Bridge Ensemble, a professional chamber choir in the Baltimore area, and Alchemy Baroque, a new vocal quintet in the Cleveland area.  After returning to Cleveland, she joined the Cleveland Chamber Choir and became a member of the Board of Directors.  Courtney serves the Board by maintaining the Choir’s public email account and website. 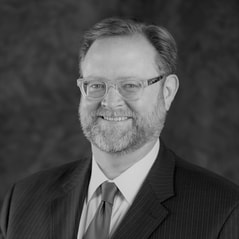 ​Michael Dylan Brennan (Secretary) joined the Board of Directors of the Cleveland Chamber Choir at the beginning of 2018, and serves as its Secretary.  While not a member of the ensemble, Michael studied woodwinds and piano as a student, and still plays the alto saxophone.  His love of the arts, and of the performances of the Cleveland Chamber Choir in particular, inspired him to support the organization by joining its Board of Directors.  Michael has served on numerous non-profit boards, has been an attorney for over twenty years, and is the Mayor of University Heights, Ohio. 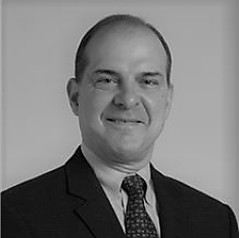 John Carl, M.D. (Vice President), is the Chair of the Center for Pediatric Pulmonary Medicine at Cleveland Clinic Children’s and Associate Professor of Pediatrics at the Lerner College of Medicine at Case Western Reserve University.  He has conducted and published results from numerous clinical trials as well as outcomes research studies. Through the Clinic and other professional organizations, he has been recognized at state and national levels for his research contributions as well as role in child health advocacy. Internationally, he has participated in medical and economic sustainability efforts in El Salvador.  Dr. Carl’s love for music began in childhood, blending classical piano training from his mother’s family with his father’s career as a broadcast jazz radio personality, programmer, and manager of stations in various U.S. cities. Although not vocally trained himself, Dr. Carl is no less passionate about Cleveland Chamber Choir’s mission to perform and educate about choral music, and was honored to have been asked to join the CCC Board in 2017.

Sarah Henley has been a singer with the Cleveland Chamber Choir and member of its Board of Directors since its inception in 2015.  Sarah grew up in England and trained as a chorister in the Royal School of Church Music (RSCM). After g raduating from Redroofs Theatre School, she worked professionally as a studio session singer and regular performer in the West End before moving to America in 1991.  She has since performed with several vocal ensembles including the Evansville Philharmonic Chorus, The Cleveland Orchestra Chorus, and the Cleveland Orchestra Chamber Chorus.  She has also been a soloist for many churches and temples in and around Northeast Ohio.  Sarah works at Cleveland State University in the Counseling, Administration, Supervision and Adult Learning department.  She served two years as co-chair of the College of Education’s Dean’s Diversity Council with emphasis on finding relevant and penetrating initiatives to promote positive change, increasing understanding of diversity, and providing opportunities to institutionalize positive practices that promote equity and inclusivity, principles which are also promoted and embraced by The Cleveland Chamber Choir.

Joel Kincannon, Health and Safety Auditor at Greater Cleveland Automobile Dealers’ Association, advises dealerships in northern Ohio to ensure the continued welfare, health, and safety of their employees.  Via methodical and independent audits measured against regulated criteria, Joel identifies strengths and weaknesses of a dealership’s safety program, documents specific areas where improvements can be made to reduce and prevent workplace injuries, and helps dealers comply with OSHA, EPA, and ANSI regulations and standards.  Joel is a soloist and choir member at St. Paul’s Episcopal Church in Cleveland Heights.  He has volunteered at the Cleveland Food Bank, collecting, sorting and repacking food at its warehouse.  In addition to performing with the Cleveland Chamber Choir, Joel serves on its Board of Directors; his main duties include fundraising, community engagement, and audience development, as well as day-to-day operations such as email marketing and management of the organization’s volunteers.

Charles Edward McGuire (Grants Officer), Professor of Musicology at Oberlin College Conservatory, studies the music of Edward Elgar, Ralph Vaughan Williams, sight-singing techniques, and the intersection of choral singing and moral reform movements.  His publications include Music and Victorian Philanthropy: The Tonic Sol-fa Movement (Cambridge University Press, 2009), Elgar’s Oratorios: The Creation of an Epic Narrative (Ashgate, 2002) and The Historical Dictionary of English Music (Scarecrow, 2011), which he co-authored with Oberlin colleague Professor Steven Plank.  He is currently writing a history of British musical festivals.  His series, The Great Works of Sacred Music, is available at thegreatcourses.com as a video or audio series, as well as on iTunes as an audiobook.  He has presented papers at numerous international musicological conferences, and is a frequent invited speaker for panel discussions and pre-concert talks.  Charles has been a Fulbright Scholar at the Department of Music of the University of York and a Humanities Writ Large Fellow at Duke University, is a past president of the North American British Music Studies Association and Vice President of the Midwestern Victorian Studies Association.  He serves the Board of the Cleveland Chamber Choir as their grants officer, and frequently delivers pre-concert lectures before their concerts. 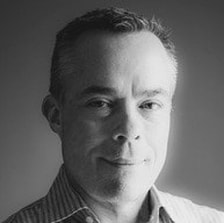 Lee Scantlebury (Treasurer) has performed with various choral ensembles over the past fifty years.  He has sung with the Cleveland Chamber Choir since their inaugural concert, and serves as Treasurer of their Board of Directors.  He also sings with The Cleveland Orchestra Chorus, and serves as Vice-Chair of the Operating Committee.  In the past, he has performed with the Erie Philharmonic Chorus, the Penn State choir, and was an active singer and soloist in high school.  Lee has enjoyed a long career in Information Technology, serving in management for more than twenty years.  Currently, he is an IT System Analyst Consultant at Progressive Insurance, providing analysis, insight, and guidance in establishing new IT systems at Progressive.  During his management career, he was responsible for multiple teams and managers, and typically managed multi-million dollar budgets for his departments and projects.

Nicolas Turnberrez (PR Coordinator) is a Supply Chain Planner at Avient Corporation in Avon Lake.  Originally from Wisconsin, he earned a Bachelor of Music degree in Music Composition from the University of Wisconsin-Oshkosh and a Master’s in Music Composition from Roosevelt University in Chicago.  During his degree programs, he performed in various professional ensembles including the Horizons Brass Quintet, the Oshkosh Chamber Singers, and the Chicago Sinfonietta Chorus.  Nicolas was on the board of multiple performing arts organizations during these collegiate and post-graduate years.  After relocating to the Cleveland area in 2016, he joined the Cleveland Chamber Choir in its second season and has been with the choir since.  He continues to compose, arrange, and perform with other local ensembles including the Cleveland Orchestra Chorus.  Nicolas became a member of the Board of Directors in December 2019 and serves the Board and Executive Committee by coordinating its marketing approach and establishing relationships with donors and advertisers. 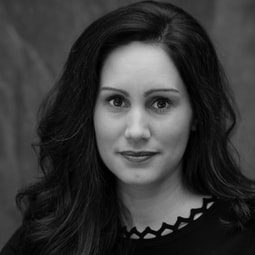 ​Melissa Vandergriff (President) co-founded the Cleveland Chamber Choir along with artistic director Scott MacPherson in 2015. She is currently Director of Continuous Improvement at Cleveland Clinic Main Campus, previously serving for six years as Director of Operations and Continuous Improvement at Cleveland Clinic Hillcrest Hospital. Before joining the Cleveland Clinic, Melissa spent 10 years in process improvement and project management in the IT and healthcare industries. She received her MBA from Case Western Reserve University, holds a Master of Arts in sociology from Lancaster University, and is a certified Project Management Professional (PMP). In addition to singing with the Cleveland Chamber Choir, Melissa performs with the baroque vocal quintet Alchemy and in 2021 co-launched Collaborative Music Cleveland.
Copyright © 2019
email clevelandchamberchoir@gmail.com