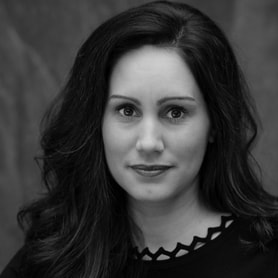 ​Originally from Texas, soprano Melissa Vandergriff co-founded the Cleveland Chamber Choir along with artistic director Scott MacPherson in 2015 and serves as president of the board of directors. In addition to singing with CCC, she currently performs with the baroque vocal quintet Alchemy and sang for five seasons with the Cleveland Orchestra Chorus. Melissa was a longtime member of the San Antonio Chamber Choir, with whom she appeared at the National ACDA Conference in 2013, and with whom she can also be heard on the recording "Careless Carols- Choral Music of Andrew Rindfleisch”. During a several-year period living in Europe, Melissa sang with the Ars Cantata Chamber Choir and the vocal ensemble Alterno in Warsaw, Poland. Melissa received her Bachelor of Music degree from Trinity University in San Antonio, where she was a member of the Trinity Choir and Chamber Singers.
​
Copyright © 2019
email clevelandchamberchoir@gmail.com