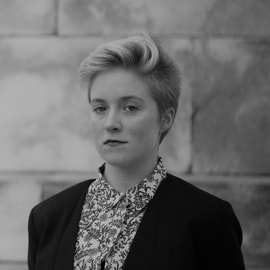 Lauren Vanden Broeck, soprano, holds a Masters in Music from Peabody Conservatory, where she was awarded the George Woodhead Prize in vocal performance.  Recent roles include Jenny Slade in Robert Ward's Roman Fever, Olympia in Jacques Offenbach's Les contes d'Hoffman, and Adina in Gaetano Donizetti's L'elisir d'amore.  Other featured performances include the 2014 Franco-American Vocal Academy in Paris and Périgueux, and cover soloist for the 2016 Heroes and Villains concert series at the Baltimore Symphony Orchestra.  The adventure that is music has taken her as far as Haiti, where she did a brief stage conducting Les Petits Chanteurs, a choir out of the Holy Trinity Music School in Port-au-Prince.  Current projects include chamber music with the quartet ad rem, the St. Paul’s Choir, and the Cleveland Chamber Choir.  She also teaches and directs at Stagecrafter's in Orange, OH.  Outside of music, Lauren is obsessed with Cleveland winters and loves being cold and talking about how much she loves snow. She also eats and sleeps.