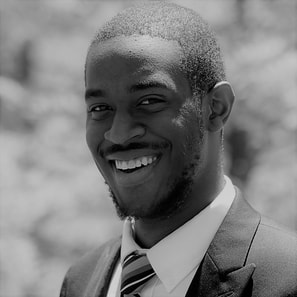 Jelani Watkins is the Department Chair for Performing Arts for PS-12th grade at Hawken School and Interim Director for the Cleveland Orchestra Children's Choruses.  As an Atlanta native, he moved with his wife upon completing his first year of teaching choral and general music at Haynes Bridge Middle School where he was recognized as a finalist for the Teacher of the Year award.  Watkins received his Master of Music in choral conducting at Georgia State University under the direction of Dr. Deanna Joseph and his Bachelor of Arts in Music from Morehouse College under the direction of Dr. David Morrow.  While working on both degrees, he worked as a conductor and performed as a bass vocalist and accompanying pianist in concerts around the nation, Austria, and Germany.  In addition to his work as a musician, Watkins has coached swimming for about ten years, instructing hundreds of swimmers from several different aquatic programs.  Currently, he is the Head Age Group Coach for the Lake Erie Silver Dolphins. Watkins recently completed additional coursework for a Post-Baccalaureate program at Cleveland State University, and he continues to further his instructional capabilities, combining skills in athletic training and music performance to structure an innovative style of teaching choral and general music in Ohio.
Copyright © 2019
email clevelandchamberchoir@gmail.com