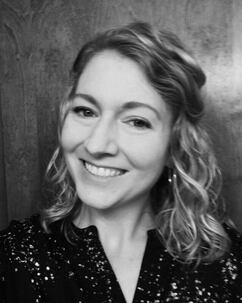 ​Courtney Becker-Howell, mezzo-soprano, received her bachelor's degree in Music Therapy from the Baldwin-Wallace College Conservatory of Music, where she studied voice with Dr. Marc Weagraff.  While earning her master's degree in Health Services Administration from Xavier University, she sang as a chorus member and soloist with the May Festival Chorus.  After relocating to Baltimore, Courtney joined the Baltimore Choral Arts Society and performed with the Bridge Ensemble, a professional chamber choir specializing in new music and works from the Renaissance and Middle Ages.  She also sang as a choir member and soloist at Epiphany Episcopal Church in Timonium, Maryland and with the Choir at St. David's Episcopal Church in Baltimore.  She returned to her hometown of Cleveland, OH in 2017 and was elated to have the opportunity to join CCC both as a singer and as a member of its board of directors. She also sings with Alchemy Baroque, a new vocal quintet in the Cleveland area.  Courtney works as a healthcare administrator and resides in Solon with her husband and two young sons.
Copyright © 2019
email clevelandchamberchoir@gmail.com