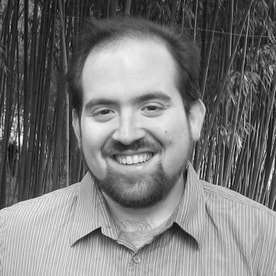 ​Corey K. Rubin began his relationship with the Cleveland Chamber Choir as a composer: in 2015, his Euclid Avenue Songs was featured on CCC’s inaugural concerts, and in 2017, they commissioned and premiered his work My Mother.  Known for his vocal writing, Corey has also composed choral works for such ensembles as The Crossing, The Princeton Singers, the Isthmus Vocal Ensemble, Choral Chameleon, and C4: the Choral Composer/Conductor Collective.  An avid chorister himself, prior to joining CCC, he was a longtime member of NOTUS: the IU Contemporary Vocal Ensemble, and before that, the Cleveland Orchestra Chorus.  Corey is currently teaching courses in composition and music theory at Cleveland State University.  He holds a Doctorate of Music degree in composition from the Jacobs School of Music at Indiana University.  He is also an occasional contributor of crossword puzzles to The New York Times and Los Angeles Times.
Copyright © 2019
email clevelandchamberchoir@gmail.com